What Every Homeowner Needs to Know About Fireplaces and Chimneys 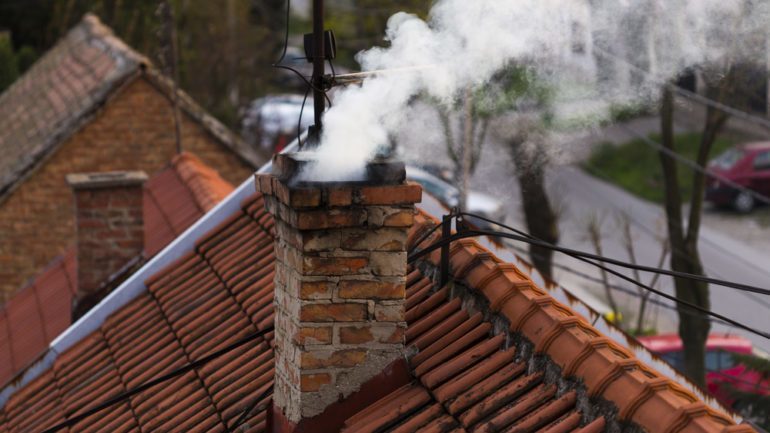 What could be more idyllic than sitting before a crackling fireplace, your children happily playing at your feet. You may not give much thought to it, but the chimney stands as a silent sentry, making it all happen.

Anatomy of a Fireplace

A fireplace consists of a firebox where the wood or gas is burned; a flue, which is the interior shaft up which the hot gases and smoke rise; and the chimney, which is the outer shell surrounding the flue. The flue is either a metal conduit or clay masonry surrounded by the chimney material, which is typically brick. At the top of the chimney is a cap that keeps out rain, birds and other small animals. At the top of the firebox is a metal plate called a damper, a trap door from the firebox to the flue, which you open when you want to burn a fire and close when not in use.

The Importance of Draft

Your house acts as a sort of atmospheric engine. Because heat rises, the warm air in your house rises toward the ceiling, and in homes with a second story, toward that upper floor. This is why homes with vaulted ceilings are hard to keep warm downstairs in winter. The rising warm air causes higher air pressure near the ceiling and lower air pressure at ground level, causing the house to draw in cooler air from outside on the first floor. This is known as the “stack” effect.

The chimney acts as a conduit for air, drawing it in from the firebox at floor level. When a fire is burning in the firebox, the hot gases and smoke rush up the chimney. This is called draft, and it is the physical principle that makes your fireplace a joy instead of a smoke choking hazard inside your home. Back-drafting chimneys not only send smoke into the house but also deadly carbon monoxide gas.

Since the draft is what feeds air to the fire, this means that a fire sucks air from your living room right up the chimney. Only about 10 percent of the fire’s heat warms the room, with the rest shooting upward along with air drawn from your room. To get better-radiated heat from the fire and prevent air loss up the chimney, glass fireplace doors allow just enough air to feed the fire, but solve the energy-inefficient draft of room air.

All gas log fireplaces that come equipped with a fixed glass panel from the factory are designed for the glass to stay in place during fireplace operation. The glass is a crucial part of how the fireplace drafts and ensures that the combustion gases go to the outside of the house and are not redirected into the home. Manufacturers recommend an annual service check.

In wood-burning fireplaces, smoke deposits a tarry-like substance on the walls of the flue as it rises. Over time, that substance, known as creosote, builds up. Creosote is highly flammable. Without regular cleaning by a certified professional chimney sweep, creosote can build up and potentially catch fire. Creosote burns with intense heat as high as 2,000 degrees. This can damage the flue and potentially break out of the flue space and spread to other parts of the house.

Having the flue cleaned and inspected annually by a professional chimney sweep, before you begin using your fireplace for the winter, can prevent catastrophic fires and also catch potential problems early.

Related – The Warm and Cozy Facts on Fireplace Choices

Choosing The Ideal Firewood To Light Up Your Night

The Warm and Cozy Facts on Fireplace Choices

Fire Safety: Your Family is Counting on You
chimneychimney-sweepchimneyscreosotedraftfireplace

I thought you would be interested in this article called What Every Homeowner Needs to Know About Fireplaces and Chimneys!

This is the link: https://www.houseopedia.com/what-every-homeowner-needs-to-know-about-fireplaces-and-chimneys