Do Shutting Vents Save on Energy Costs? 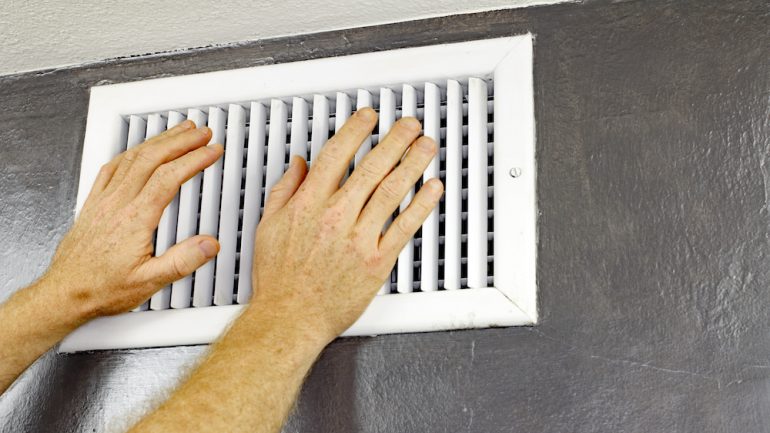 It seems to make sense. Shutting the heating and air conditioning vents to unused rooms should save on energy costs, right? After all, why heat a room that is rarely used? The reality is quite different. Cutting off airflow to rooms could cost you money. Here’s why.

HVAC professionals design their systems specifically for a given space. They take into account the building’s square footage, its floor plan, the number of stories, and other factors. The capacity of the furnace and air conditioners, the diameter and plan for the air ducting, and the size of vents and return air registers are all designed to create an airflow that services the building’s needs. Shutting off vents or even shutting doors to unused rooms disrupts the airflow design. This interferes with comfort and increases operating costs.

Pressure from vents can harm HVAC systems and components

When a vent is shut, the HVAC system’s blower fan still pushes air to that vent as it was designed to do. But if the vent is shut, the air turns back on itself. This creates pressure throughout the duct system and causes the fan motor to work harder. Additionally, the increased pressure in the ducts worsens existing leaks in the system, causing air loss in the attic or basement. The thermostat may begin short cycling on and off. The system struggles to do its job. All of this leads to more wear and tear on the system, which can cause premature failure.

With reduced airflow the air conditioning condenser coils can freeze over into a block of ice, severely damaging the compressor. On the heating side of the equation, reduced airflow over the heat exchanger can cause it to crack, which can produce dangerous carbon monoxide.

What if you leave vents open but shut the doors to seldom-used rooms? This may not create the same amount of system pressure, but it still disrupts airflow through the house. The thermostat will get false readings, causing the system to cycle on and off in ways it wasn’t designed to.

If your house has rooms you rarely or never use, don’t cut off airflow to them. Instead, adjust the thermostat a degree or two. Be sure to use ceiling fans to distribute airflow from ceiling to floor and back again. Fans should turn clockwise in winter, counterclockwise in summer. To stay cool in summer,  shut the blinds on the sunny side of the house. Open those same blinds to admit warmth in winter. These fundamentals will help reduce energy costs without handicapping your HVAC system by manipulating it.

5 Steps to Make Your Rooms Multitask Like a Pro
Newest Kitchen Trends May Surprise You
What You Need to Know to Find the Best Mattress
Checklist: October To-Dos for Homeowners
close ventsHVACshutting ventsventvents

Send this to a friend
I thought you would be interested in this article called Do Shutting Vents Save on Energy Costs?!

This is the link: https://www.houseopedia.com/do-shutting-vents-save-energy-costs